The Nimrod was effectively the naval equivalent of the Hawker Fury Mk.I, albeit with a few modifications to suit her life on the seas. The prototype of the ‘Norn’ as she was initially known first flew in August 1930 and following successful trials an order for 42 Nimrod Mk.I aircraft was placed. The first six examples to enter service were with 402 Fleet Fighter Flight aboard HMS Courageous replacing their Fairey Flycatchers.

The Nimrod never fired her guns in anger, but served well with both the Home and Mediterranean Fleets. The last Nimrods to fly operationally were with 802 NAS, when they were replaced by Sea Gladiators at Hal Far, Malta, in May 1939. The very last Nimrod in Fleet Air Arm service was Mk.I S1582, which was being used as a hack with 753 NAS undertaking weather checks until she was paid off in January 1942.

The Fighter Collection’s Nimrod Mk.I S1581 was the third production aircraft built by the Hawker Engineering Company at their Kingston-upon-Thames facility and allocated the construction number 41H-43617. S1581 was subsequently delivered to 408 Fighter flight as ‘573’ embarked upon HMS Glorious. The flight became 803 NAS in April 1933 and S1581 remained with the unit aboard Glorious until she was written off in early 1938. Her subsequent history is unclear but there are indications that she may have spent a number of years with an air or sea cadet squadron prior to being sold for scrap.

The substantial remains of S1581 were recovered from a scrapyard in West London in the early 1970s and donated to the RAF Museum. The remains passed to Viv Bellamy in the early 1980s to act as a pattern for his Fury replica, but were then purchased in 1994 by Aero Vintage who set about restoring this magnificent machine back to her former glory. 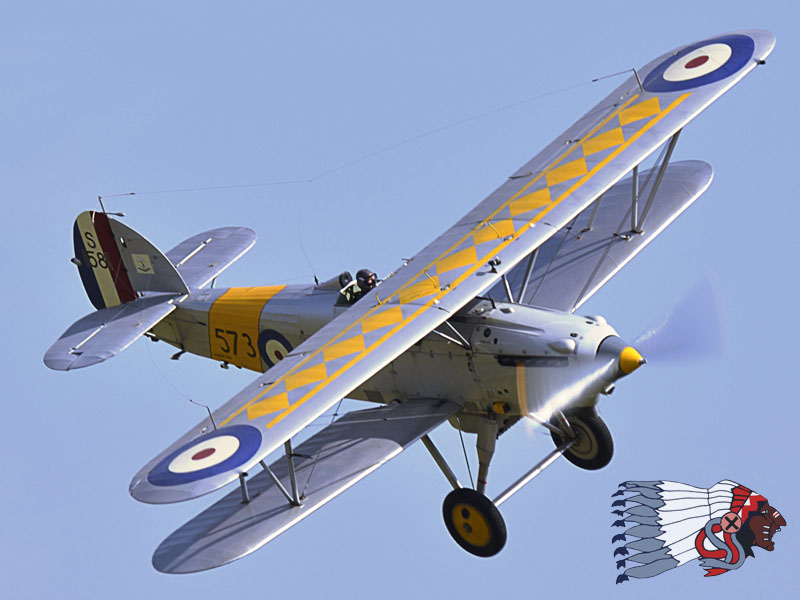 The restoration was both complex and demanding but by the Autumn of 1999 she was sitting on her undercarriage and the first trial assembly of the whole airframe took place. The following Spring saw the Kestrel V installed and test run for the first time in over 60 years. The eagerly awaited first flight took place at Henlow, Bedfordshire, in July 2000 with Flt Lt Charlie Brown at the controls. She is authentically painted in the colours she wore as ‘573’ when she served with 802 NAS during the 1930s.

S1581 joined The Fighter Collection in 2004 and is a firm favourite with pilots and crowds alike. She provides a wonderful glimpse into the elegant silver biplanes used during the inter-war years as front-line fighters.