On Thursday we  had a visitor  to the  hangar. John Cronin was a Fleet Air Arm pilot in 1945, completed his flying training on the Cornell and Harvard before going on to the Martlet (Wildcat) He managed eight deck landings on an aircraft carrier with a collapsed oleo “on the wrong side” which made the take-off swing even worse than normal. 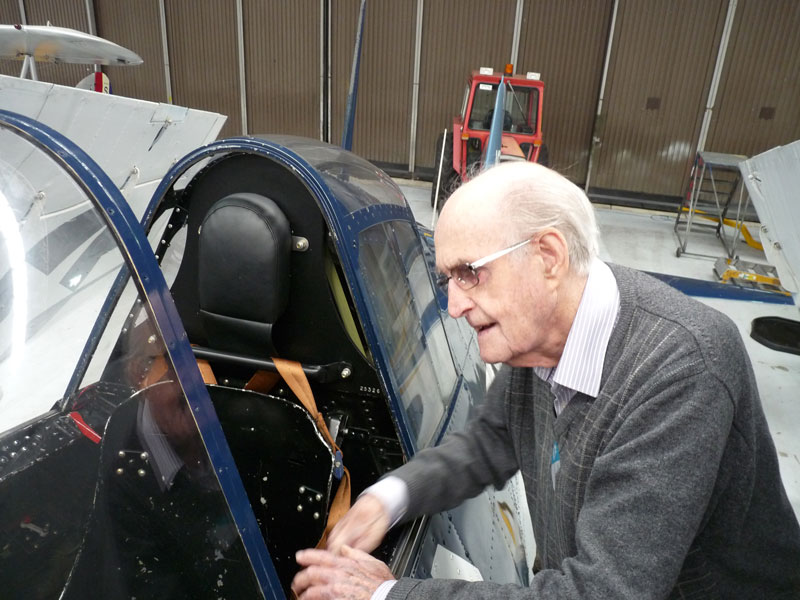 He then was posted to Tambaran near Madras (now Chennai) to fly the Hellcat, in preparation for the invasion of Japan. Whilst there, however, the hostilities came to an end and John gratefully returned to the UK and his life as an insurance salesman. Now 89 years young, he is still active, driving himself and brother Tom to Duxford today and although not able to get into the Hellcat this time it was a great pleasure to welcome him again.

You  can see  our aircraft    Legends such as John   flew  below as the aircraft are   nearly as active as John (including the Hellcat). Video as  caught at the   Duxford September  show.